Today in 1975, #BumPhillips is hired by the Oilers as Head Coach. #LuvYa @Houstorian

What exactly happened in 1975 that changed the fortune of the up to that point dysfunctional Houston Oilers franchise?

The Houston Oilers were a team in disarray. During the 1972 and 1973 seasons, the team won only two games. The 1974 team turned it around a bit by going 7-7. The situation since the AFL-NFL merger in 1970, the team stunk it up so much, football fans in Houston started to adopt the Dallas Cowboys as their team of choice.

Something had to change.

Chris Wesseling of Sports Illustrated once wrote, Bum Phillips hanged the fortunes of the team and the relationship that the club has with the city forever changed.

‘There’s a tendency among some football writers to diminish Oail Andrew “Bum” Phillips as a caricature with a 10-gallon hat and cowboy boots, spewing pithy one-liners, homespun homilies and tobacco juice,’ wrote Chris Wesseling. ‘There was a knowing wink in his persona, which was variously described as that of a “square-dance caller” and a “refugee from the Grand Ole Opry.” 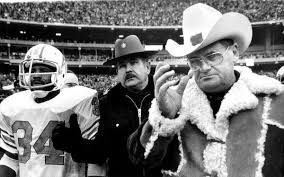 “He was dumb like a fox. He milked that persona to his advantage,” former Oilers quarterback Dan Pastorini explains. “He’s got a lot of country bumpkin. He was sincere, though. It was no ploy. That was how he grew up. There was no bull—- about the man.”‘ 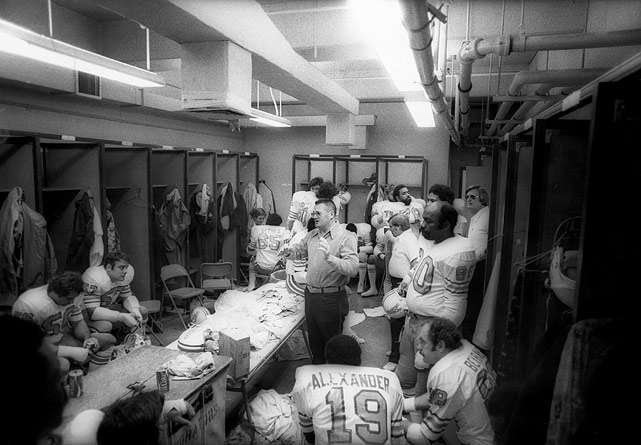 In 1975, the club went 10-4 on the AFC central. Unfortunately they didn’t make the playoffs because the eventual Super Bowl champions Pittsburgh Steelers went 12-2 and the Cincinnati Benga’s went 11-3.

Less than three years later, the Houston Oilers were positioned to challenge the vaunted Steelers as the best team in the AFC.

The Oilers fortunes had changed and the city adopted the slogan ‘Luv Ya Blue’ to show Bum and the Oilers just how much the team meant to the city.

The Society for American Baseball Research

Serving Central and South Texas Since 2006

The story of the Houston Astros. Yesterday. Today. Tomorrow. Everyday is a new entry.

North of the Bayou

A Personal Blog by Joe, Spinner of Yarns